On July 4th the United States of America will celebrate it’s 235th Birthday! On this day in 1776 the Declaration of Independence was approved by the Continental Congress, starting the 13 colonies on the road to freedom as a Sovereign nation. This holiday is celebrated with parades, fireworks, and barbecues around country.Fun facts about the Fourth maybe you didn’t know….
John Hancock was the only one of the 56 signers of the Declaration to sign on July 4th, 1776. The others signed on August 2nd, 1776.Benjamin Franklin wanted the turkey to be the National animal but was out voted when John Adams and Thomas Jefferson chose the Bald Eagle.Betsy Ross sewed the first American flag in May or June 1776.The stars on the Original American flag were arranged in a circle to ensure that all colonies were equal. There were thirteen of them to represent the thirteen colonies.Uncle Sam was actually Samuel Wilson, a meat packer who provided meat to the U.S. Army in 1812. The meat shipments were stamped U.S. Someone joked that the initials stood for ” Uncle Sam.” The joke eventually led to the idea of Uncle Sam symbolizing the U.S. Government.
The National Anthem is actually set to the tune of an old English drinking song called ” To Anacreon in Heaven.” 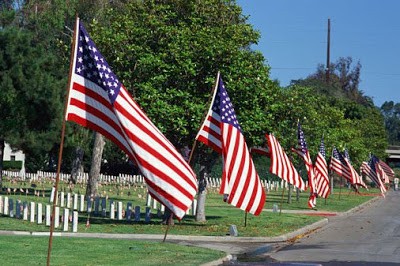 The words ” Under God” were not added to the Pledge Of Allegiance until 1954.The Fourth of July was not declared a National Holiday until the year 1941.The first Fourth of July celebration was held at the White House in 1801.The only U.S. President to be born on the Fourth of July was our thirteenth. Calvin Coolidge. He was born in 1872. Other famous people to celebrate their birthdays on the Fourth are author Nathaniel Hawthorne, Playwright Neil Simon and TV personality Geraldo Rivera.John Adams, Thomas Jefferson, and James Monroe all died on the Fourth. John Adams and Thomas Jefferson both died in 1826 and James Monroe died in 1831.In July 1776 the Nation’s population was about 2.5 million. Today it is about 309.6 million.74 million Americans took part in a BBQ on the Fourth last year. Traditionally Hamburgers, Hot Dogs, Chicken, Ribs, Garden salads, Potato Salad, Chips and Watermelon are the most served foods on the Fourth.Over 150 million Hot Dogs will be consumed on this day. That’s one Hot Dog for every two people in the country.Nearly 3