Fall Holidays, leaf no one behind! Pugh’s Flowers 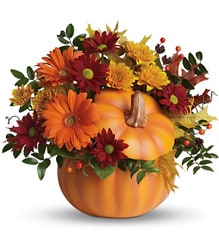 Fall is here and everyone loves to see all the color changes and leaves falling, it’s a beautiful time of year. Fall also gives us quite a few opportunities to spread good cheer. Here are some upcoming holidays to celebrate the people who are special to you.

History of Bosses Day (wikipedia)
Patricia Bays Haroski registered “National Boss’ Day” with the U.S. Chamber of Commerce in 1958. She was working as a secretary for State Farm Insurance Company in Deerfield, Illinois at the time and chose October 8 because she forgot that the birthday of her boss, who was her father, was actually on the 16th. Four years later, in 1962, Illinois Governor Otto Kerner backed Haroski’s registration and officially proclaimed the day.[citation needed]
Hallmark did not offer a Boss’ Day card for sale until 1979. It increased the size of its National Boss’ Day line by 28 percent in 2007.[citation needed]
National Boss’ Day has become an international celebration in recent years and now is observed in countries such as Australia, India, South Africa, Ireland, the UK, and Egypt. Note that Egypt celebrates their equivalent holiday on 10 December every year. 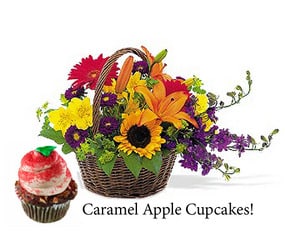